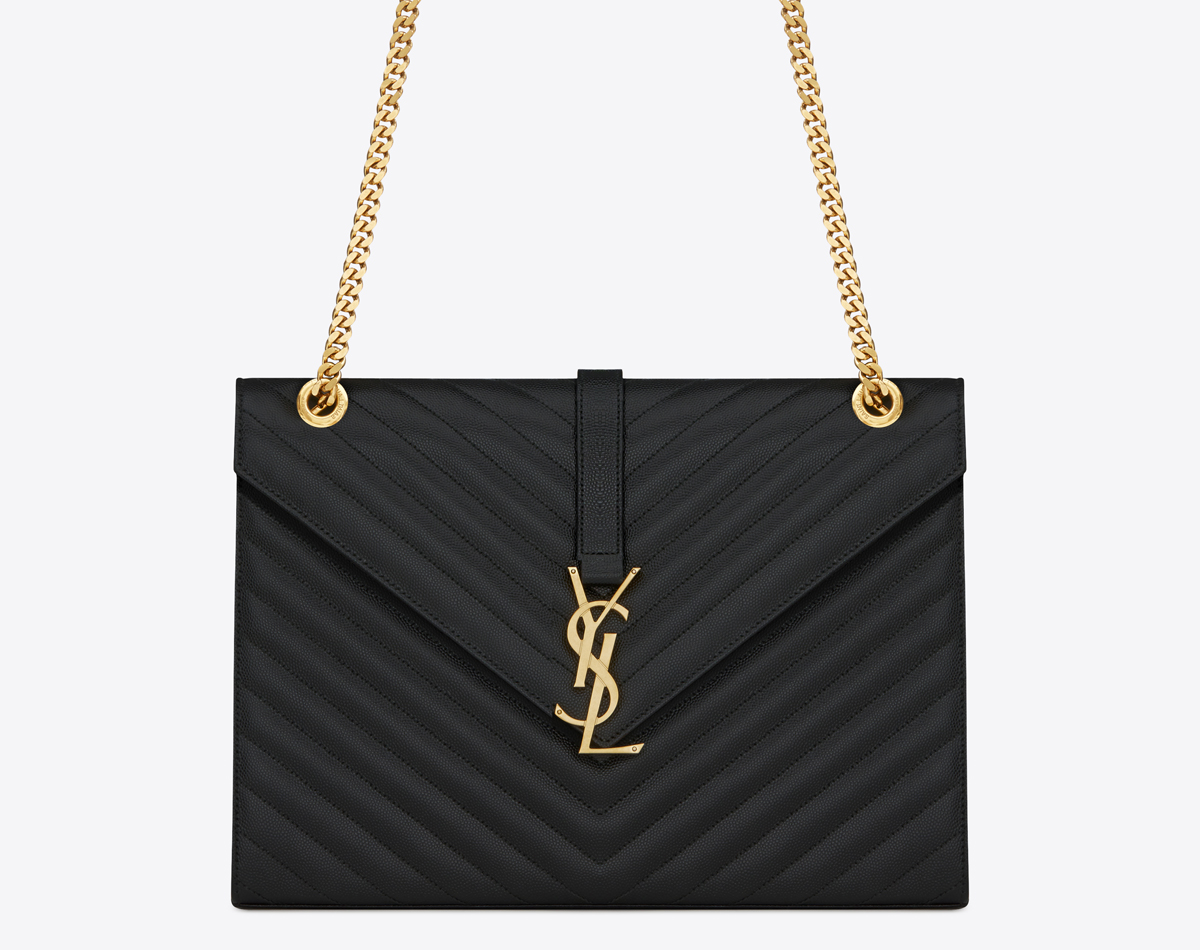 If you’ve been following the trials and tribulations of Yves Saint Laurent (oops, I meant Saint Laurent) ever since Hedi Slimane took over, you would know that I’ve always been supportive of its new bags, from the Classic Duffle and Sac De Jour that I adore to other bits and bobs like the Cassandre (who can resist that hanging tassel) and the Lulu which I still think has potential to go far.
So when something like the Monogramme SL Satchel (SGD2820) comes along (it will be available this weekend at ION Orchard, by the way), I was initially floored. The logo I get (even though there’s a change in name, Hedi kept the iconic YSL logo which shows up from time to time on bags and SLGs like the Cassandre), the bling I get (he does like his bold gold-tone hardware, doesn’t he), but it’s the chevron-stitched body that I don’t get.
Looking much like something that could have existed in the sexy 70s or the gaudy 80s, it is almost vintage in its outlook and very different from Hedi’s current repertoire of bags that are pretty streamlined and almost minimalist. My personal theory? It’s another side of the controversial designer, a side of him who can take vintage pieces and update them for the here and now that will stand the test of time. Or, I could be just overthinking it. It is after all just a bag, albeit an elegantly divine one that’s a nod to Yves Saint Laurent.
Image: Saint Laurent
Post VIA BAGAHOLICBOY