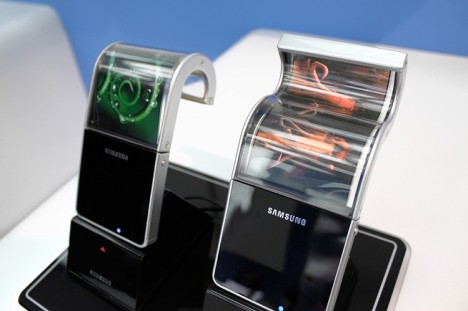 Samsung is ready to begin mass production of smartphones with bendable screens, which will make the devices thinner, lighter and unbreakable.

According to the Wall Street Journal, the first such devices should be ready before July 2013. The report also adds weight to rumors circulating that Samsung is set to unveil a 5.5-inch OLED display at January’s Consumer Electronics Show (CES).

Unlike traditional LCD screens, which have to be lit via a bulb behind or around the perimeter of the display, OLED displays generate their own light source.

This makes them thinner and lighter than traditional screens and, due to this in-built luminosity, don’t require glass in their construction. A screen can just as easily be made from polymer plastic or even metallic foil.

At CES 2011, Samsung demonstrated this technology in a malleable 4.5-inch screen display that was 0.3mm thick and could be bent into a cylindrical shape without breaking.