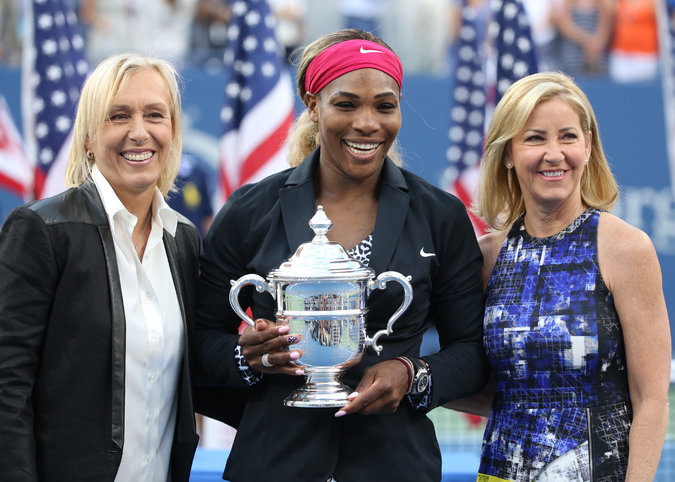 Congrats are in order to athletic sex symbol Serena Williams who just won her third consecutive title at the U.S. Open!

Williams now has 18 Grand Slam Titles, which ties her with Chris Evert and Martina Navratoliva. When accepting her title, the 32-year-old tennis player was given a check for $3 million along with a 18K gold bracelet.