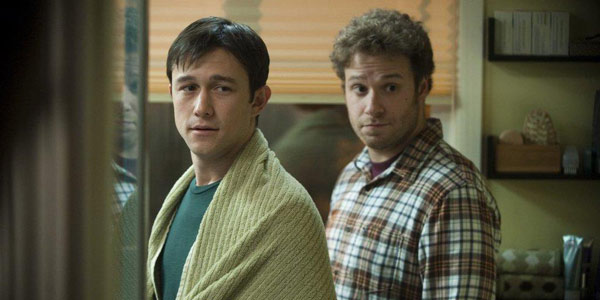 Tis the season to spend it with Seth Rogen and Joseph Gordon-Levitt. The two had teamed for a Christmas-themed film for Sony, which was being eyed as a potential hit for the colder months. It should be no surprise, ultimately, that the project has received a tidy, warm holiday release date.

The untitled film, which will be directed by Jonathan Levine, will land on December 11th, 2015. The picture features Rogen (who‘ll soon be seen in Neighbors and The Interview), Levitt (who will pop up in Sin City: A Dame To Kill For) and a third friend for a night on the town on Christmas Eve, an annual tradition that likely involves a bit of bad behavior. Or maybe the three volunteer at soup kitchens, go to church and visit an orphanage. No details have been released yet, so you can only guess for now. \