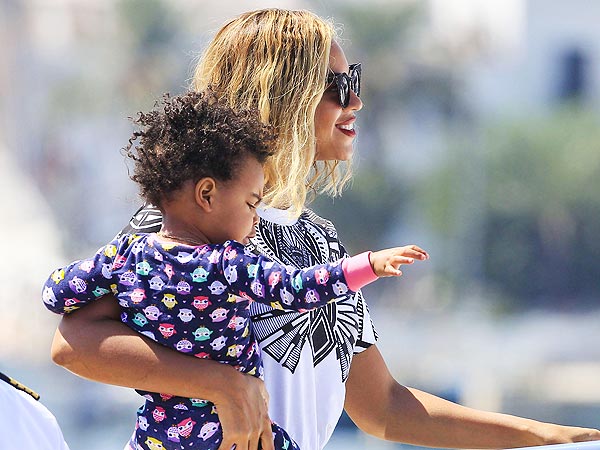 Every time a picture is posted on Instagram of Blue Ivy, the number one question is “Why Doesn’t Beyoncé comb that child’s hair?” Many people’s response id that “She’s a baby” or “It’s a fro.

My personal opinion: Yes, Blue is a baby and she does have a “fro”, but that is no excuse for her hair to look like it does everyday. When I was a child, my mother may have not put bows and hair ties in it everyday but she did take the time to run a comb through it so it doesn’t look like i just woke up all day. Nor would she allow me to stay in my pajamas when we’re out in public.

Beyoncé, being who she is (a public figure), most people expect her to carry herself in a certain way. Well that same expectation goes for the child. We, as fans and some that may not be fans, expect Blue Ivy to be dressed in designer clothes and her hair to at least be COMBED. I, personally don’t care where the clothes come from, I would just expect her not to be out in public (where the paps will snapping it up) in pajamas.

Some may say that it’s none of our business. But again, Beyoncé and Jay-Z are public figures and people will draw their own opinion on their lives whether it’s their business or not.

What’s your take on this “situation” #SPEKONIT in  the comments below!