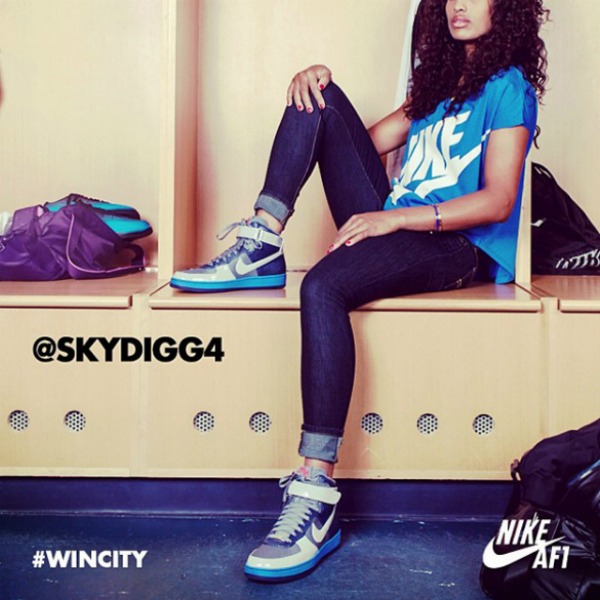 Last night, she took to Instagram to give a glimpse of the sneaker’s new ad campaign, which she captioned: