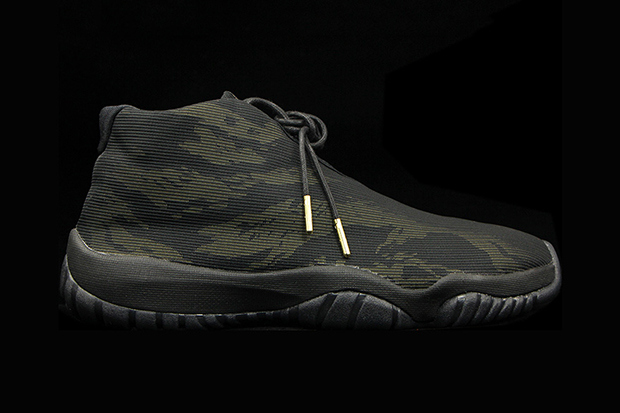 Although the Air Jordan Future originally received mixed reviews, it has grown on the majority with its clean aesthetics, and this “Black Tiger Camo” edition will no doubt add to the already strong selection. Taking from its name, the shoe utilizes a dark, tiger camouflage pattern in 3M reflective material, while the rest dons an ominous black tone. Gold accents are used on the lace tips as well as the Jumpman logo to round out the model. More details on release will be available once announced..