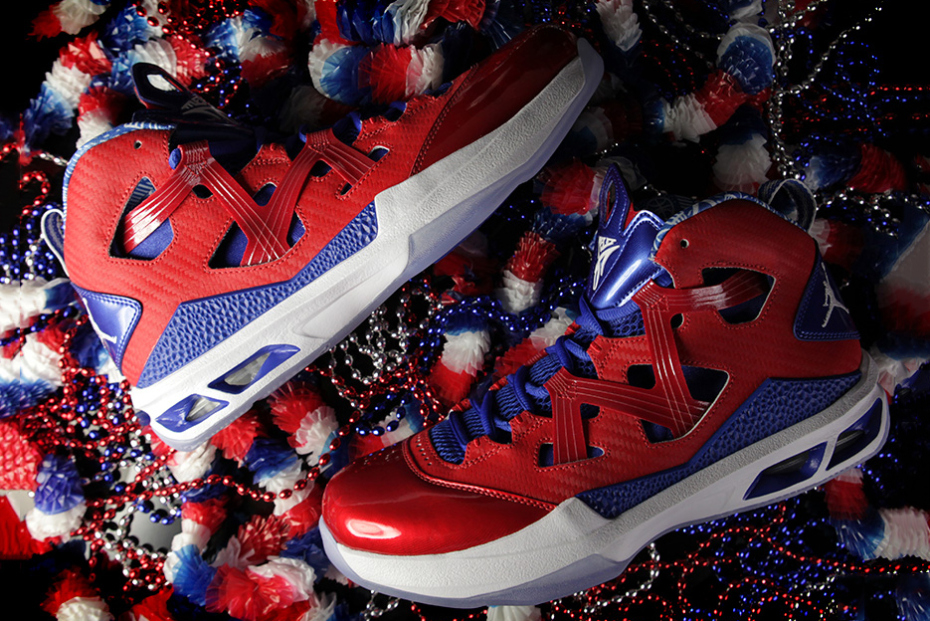 In honor of the upcoming Puerto Rican Day Parade in New York City, Jordan Brand has worked up a special “Puerto Rico” edition of their Melo M9 silhouette. Also a nod to Melo’s Puerto Rican heritage, the sneaker feaures a red upper consisting of patent leather on the toe box, carbon fiber-patterned leather on the midfoot and ankle, and Dyanmic Flywire inserts complemented by blue accents along the tongue, heel and the textured TPU cage and a white midsole.

The lining features an interconnected sketch pattern conveys Melo’s connections with both New York City and Puerto Rico. The Melo M9 “Puerto Rico” will release on June 6, just a few days ahead of the parade, and you can cop a pair for $140 USD.