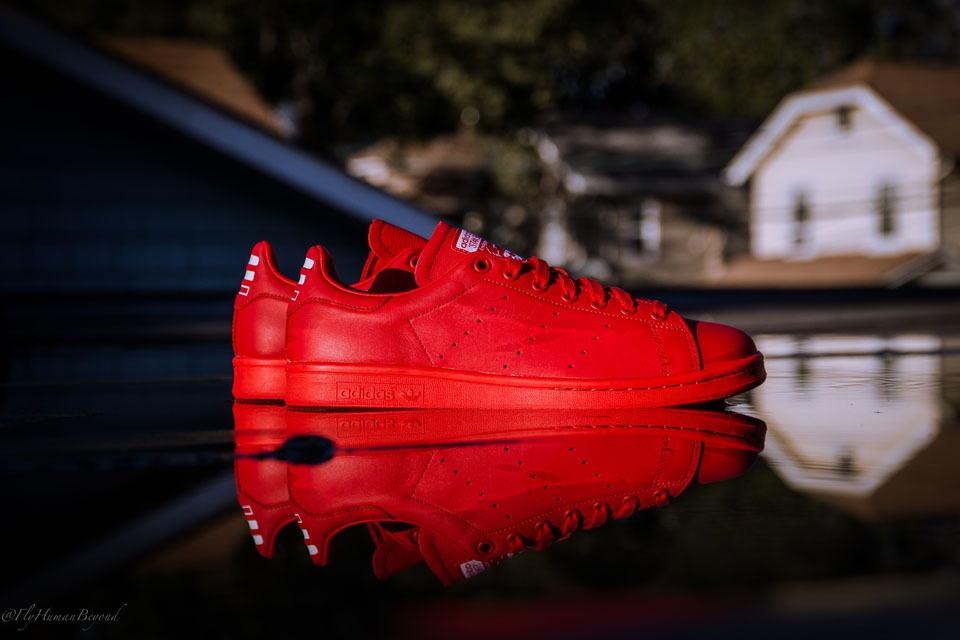 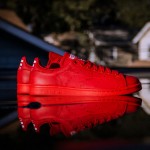 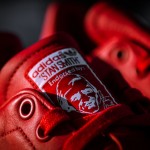 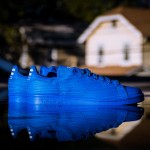 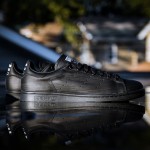 Over the course of the last year, streetwear heavyweights Kanye West, Pharrell Williams and NIGO all announced partnerships with German sportswear giant adidas. Though product from all three has remained relatively under wraps up until now, it looks like Skateboard P is first to hop in the ring, with his first official release from the Three Stripes releasing this weekend. Dubbed the “Solid” pack, the drop consists of monochrome red, black and blue Stan Smiths, alongside matching leather track jackets. The sneakers are set to release this Saturday, September 20 through select retailers including BBC and Packer Shoes.