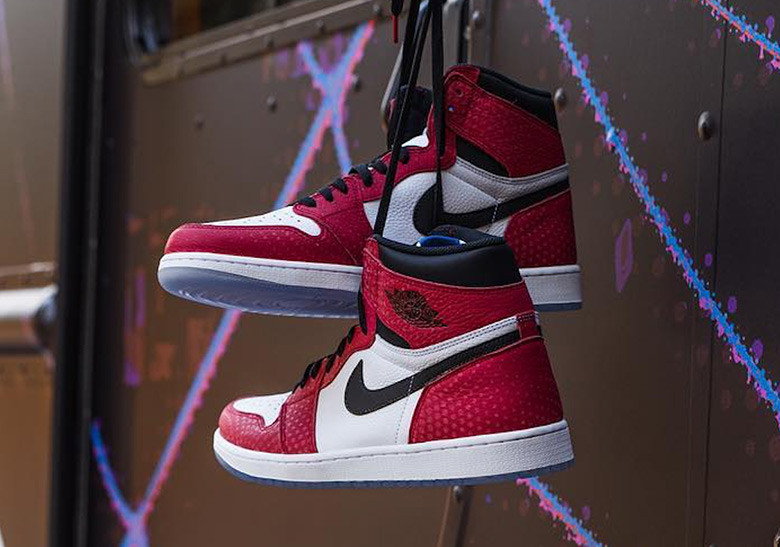 This release is going down in conjunction with the debut of the animated “Spider-Man: Into The Spider-Verse” movie and everyone’s favorite neighborhood vigilante. The movie’s protagonist, Miles Morales, can be seen sporting these special Chicagos in the upcoming movie and in billboards planted all over the country. Affectionately dubbed the Air Jordan 1 “Origin Story”, its spotted upper boasts reflective materials, contrasted by a black ankle collar and midfoot Swoosh. With early pairs having already dropped via a special House of Hoops release in Los Angeles, those unable to attend will be able to grab their pairs at retail $160 on December 14th.