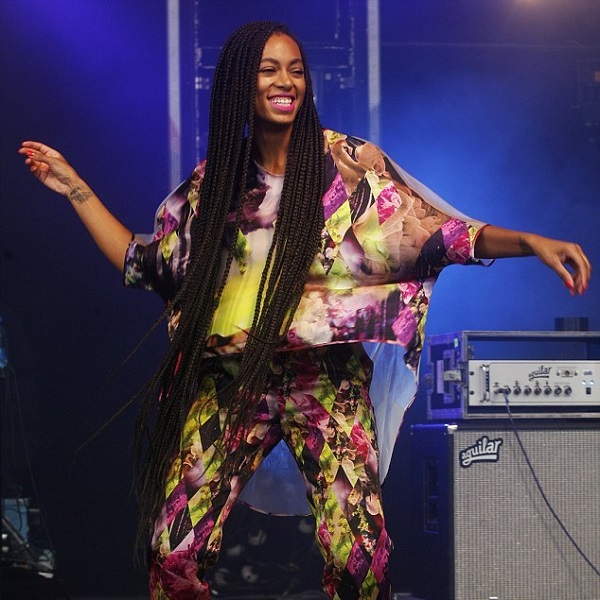 Last week, the R&B singer Solange announced that she’d be canceling a string of European tour dates scheduled for early August, via a statement on the Pukkelpop website:

“I wish I could put in words how much of a difficult decision this was…” it read, “but between moving part time to a new city, starting my son in a new school, and writing/ recording my new record…I really had to make the best decision for my mental/physical health and provide some stability for my family.”

Filing away the part about the “new city,” fans of Solange (who played at the 2013 Essence Festival July 4 weekend; her sister Beyonceclosed the fest to a sold-out crowd) spent the week sharing news of more recent New Orleans-area Solange sightings. She was spotted, reportedly, at the Dauphine Street café Satsuma and at Yuki, on Frenchmen Street; other fans said she’d been seen looking at homes on Esplanade Avenue and in Bywater. Solange’s son Daniel is 8, and sources say that an application has been made to an Orleans Parish school. Depending on which one, he could start classes as early as the second week of August, when his mom was originally scheduled to be in Denmark and Belgium on tour.