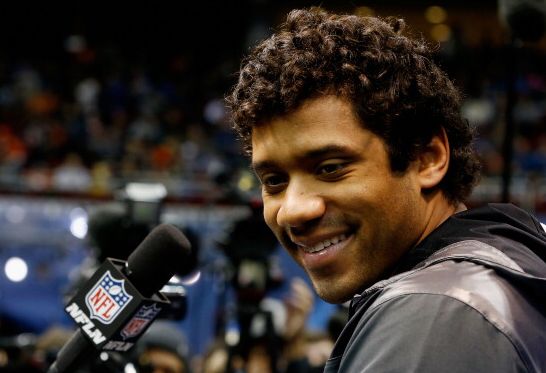 The Seattle Seahawks have had an uneven season so far. Issues on offense have the defending Super Bowl champions standing at 3-3 and looking nothing like a Super Bowl champion contender. The recent sudden trade of wide receiver Percy Harvin to the New York Jets had many pundits wondering what was really going on in the Seahawks locker room.

Mike Freeman of Bleacher Report might have the answers.

In his recent column, he chimed in on the Percy Harvin trade. According to Freeman, Harvin had become an “accelerant” in the locker room, which was being split-up into two camps, one pro- the other anti-Wilson.

Wilson, according to Freeman, isn’t as beloved within the locker room as many would think. Some even question if Russell was “Black” enough.

And it stop there. Get Freeman’s view on why the Seahakws offense has been sputtering as of late, and why he compares Harvin and Wilson to T.O. and Donovan McNabb here

Previous « Billboard Cover: Usher on Getting Tough With Justin Bieber, and Life as a Single Dad
Next Saints Seek A Desperate Win Hosting The Green Bay Packers For Sunday Night Football »