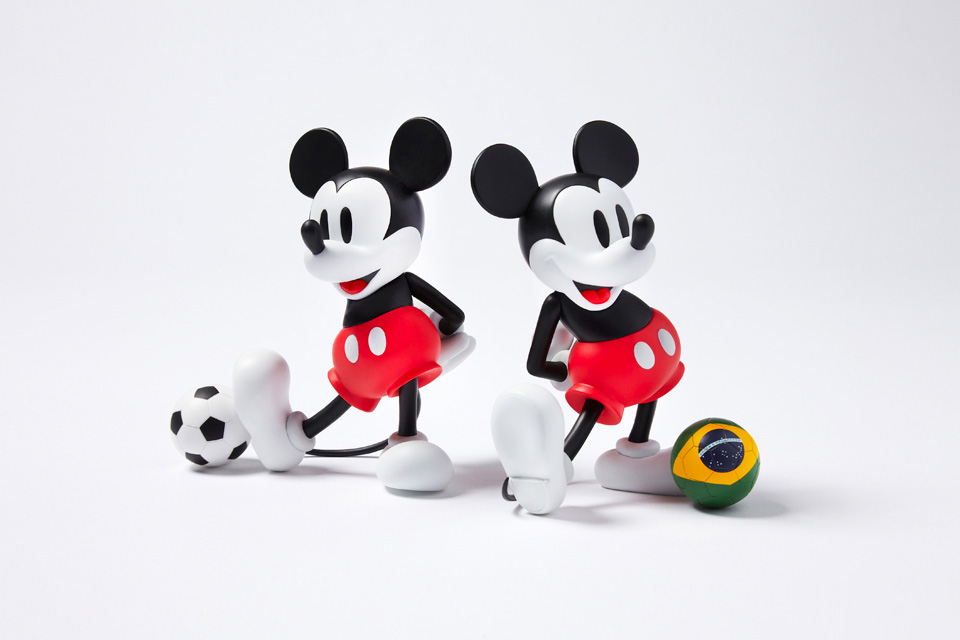 As most of you know, the Japanese team behind SOPHNET. is very much into football, best shown through its on-going Nike collaboration on the F.C.R.B. line. In time for the FIFA World Cup 2014, SOPHNET. has now teamed up with Medicom Toy on a football inspired version of the VCD Mickey Mouse vinyl toy. Next to a standard soccer ball version, there are country specific versions for Brazil, France, England and the USA. The toys will be released at SOPHNET. retailers, as well as the Medicom Toy online store on June 14.