Speak On It:::Ciara Discusses Use Of The N-word On Access Hollywood Live 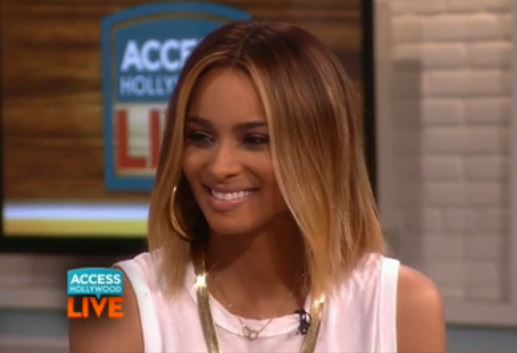 Over the past week, popular Food Network chef Paula Deen’s entire career has  been flushed down the toilet after she admitted in a deposition to using n-bombs  towards her employees at her Savannah,  Georgia restaurant.  The entire  incident has put the N word and the discussion of who should be using it (if  anyone at all) back to the forefront.

Yesterday, Ciara and actress Dana Ramirez stopped by Access Hollywood Live to talk about the topic, and both had  interesting views. While Ciara felt that it was okay to use in her music and that the word has as much power as you give it,  Dana felt as though no one should be using it at all, even though she has used  it before.

Ciara: I’m all about empowering myself a human being. I  would never use any word that would degrading to myself first because I love  myself. I do want to say that. That word has as much power as you give it. That  word is so old that it references the context of where it comes from. I want to  make sure I’m clear about that, it doesn’t mean  that same thing that it could have meant years ago, especially when we can have  fun about it.

As an entertainer you have fun and it’s all about the context it’s used in. I  am an African-American woman, so I can identify with that word in different  ways. I know where I’m coming from… If we have fun with it and you can  understand where it’s coming from, then you can probably receive it in that way. I have the power to speak in a  light-hearted way about it, [but] I cannot hear another person of another race  saying, ‘You this and you that.’ It’s all about how you say it…

Dana: I don’t see the point in allowing certain people to be  able to use it and then others to not be able to use it. I have used it. I’ve  actually worn it one time down the red carpet … it was printed on a shirt. This  was back when Nas was coming out with his album, he titled it the ‘N-Word.’   I would say it to my friends. I have African-American  friends. I don’t see a problem with it. I’ve used it talking to Spike Lee, who I  worked with.

For me it’s about, if there’s really a problem with it then it shouldn’t be a  part of our vocabulary, period. …Who knows, there’s always a problem with the  way people use things depending on how you’re using it.

Watch the full discussion below: