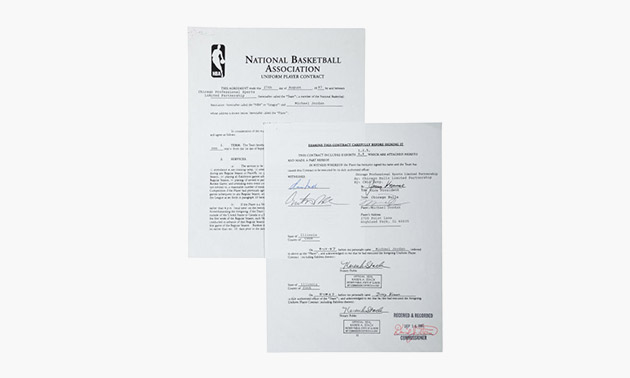 Michael Jordan broke a lot of records in his time, not least for the amount of money people were willing to offer him for his services. In 1997-’98, the Chicago Bulls surpassed all previous benchmarks as they signed him up for an unprecedented $33 million for one last season, and now the original contract covering that transaction has gone up for auction. The lot contains several sheets of printed paper, signed by the big man himself alongside Bulls’ former general manager Jerry Krause and financial officer Irwin Mandel, and at the time of writing had clocked up bids of $37,000 with several days before close. Not bad for the anonymous seller, who picked it up at a charity auction for just $1,000 back in 2000.