Sports Talk: All They Need Is One! 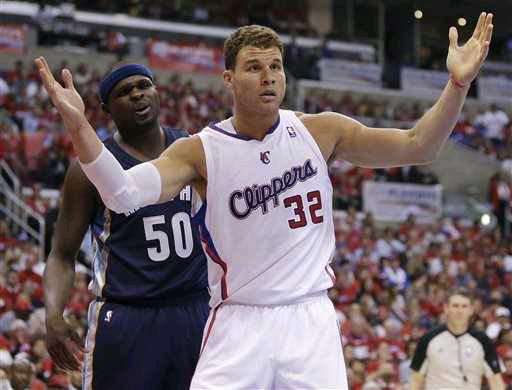 The Chicago Bulls have their work cut out for them tonight in Game 2 vs the surging Nets in Brooklyn. Carlos Boozer and Nate Robinson we’re the only two Bulls to score over 17 points in Game 1. Richard Hamilton, Taj Gibson and Luol Deng all have to perform better if Chicago wants a chance to swing home court advantage and steal Game 2 tonight. Chitown Head Coach Tom Thibodeau said, “it was the end of the first(quarter) and they hit us with a haymaker, . . .poor defense, poor intensity, poor energy on offense. You can’t win like that.”

P.J. Carlesimo on the other hand was ecstatic with his club’s performance saying, “that’s a hell of a performance.” The Nets had six players score in double figures and shot 60 percent in the first half. Led by Deron Williams, Brooklyn made 16 of 20 shots in the 2nd quarter. The Nets benefited from Williams 22 points and also got 21 from Center Brook Lopez. The win for the Nets was the first professional sports home victory in Brooklyn sense the Brooklyn Dodgers beat the New York Yankees on October 9, 1956.

PREDICTION: Sticking with Bulls in six. I believe that Chicago’s defense will dramatically improve tonight and the energy level will be hard to match for Brooklyn from Game 1.

The Clippers made easy work of the Grizzlies in Game 1 of their First Round series on Saturday. Engineered by Chris Paul’s 23 points and 7 assists, the Clippers started strong and finished stronger. LA outscored Memphis by 8 in the first quarter and 15 in the 4th, while only two points separated the club’s 2nd & 3rd quarter totals. The Clippers also displayed great depth with seven different players scoring double figures. LA dominated the boards out rebounding Memphis 47 to 23.

There is still some reason for hope for the Grizzlies.  Memphis did pulled within one of the Clippers in the 4th but did see LA run away down the stretch. Jerryd Bayless scored 19 and Mike Conley will not play any worse did he did in Game 1.

PREDICTION: Gasol and Randolph will be the focal point of Memphis’ offensive attack tonight and I think it will pay big dividends. Still rolling with the Grizz in 7. Expecting round two of a heavyweight fight.