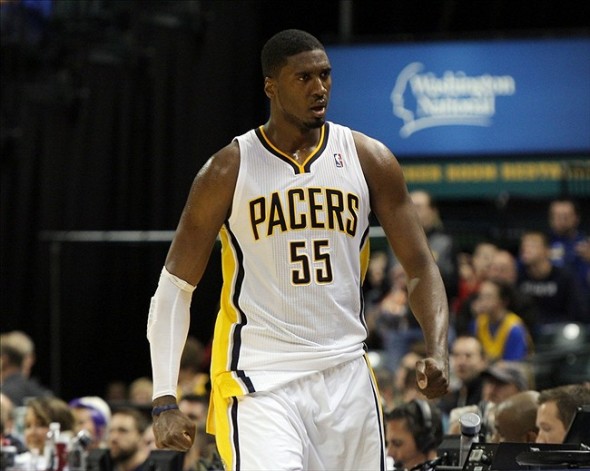 The Pacers and Hawks split the season series 2-2 with the home team winning every game this year. The Pacers are coming off a semi finals loss last year in the playoffs to the defending champion Miami Heat. Indiana is looking to improve and advance to the conference finals and the NBA Finals this year lead by Paul George and Roy Hibbert. Hibbert leads the team in rebounds and blocks but can also be a huge advantage on the offensive end. Roy is a great passer for a big man and can help others get easy buckets. Josh Smith’s 17 points and eight rebounds a game are going to be needed for Atlanta and probably more if they’re realistically going to have any chance of advancing.

PREDICTIONS: Paul George and the Pacers are going to be too much for Atlanta. I think the Pacers make easy work of the Hawks in round one. Indiana in five.

Dwight Howard has a chance to really take control of the Lakers organization this week. With Kobe Bryant on the shelf and Steve Nash less than a hundred percent, LA will depend on Howard and Gasol to lead their offensive and defensive attacks. Happy to have dodged Oklahoma City, San Antonio is getting an excited Laker bunch. The Spurs are limping into the playoffs with injuries and a lack of momentum.

PREDICTION: Tony Parker will be the difference in this matchup. Howard in the post can give Parker some problems but I give the Spurs the advantage in depth and coaching. The series will be fun but I think the Spurs win in 6.

The Miami Heat begin the defense of their title against the Milwaukee Bucks at American Airlines Arena today. The Bucks should not present much of a problem to the defending champs.  Brandon Jennings believes Milwaukee will win in six, I love his confidence but just don’t see the Bucks winning any game in this series.

OKC will get a first hand look at Harden in a leading role for a playoff team. The Los Angeles native will go against his former team when the Rockets take on the Thunder tonight. The former 6th Man of the Year will nearly have to average 35 points a game in order to beat his former teammates. Russell Westbrook and Kevin Durant will undoubtedly have a hard time slowing down the Beard as James will try to show the Oklahoma front office that they are definitely not a better team without him.

PREDICTION: Chandler Parsons will have to play out of his body for the Rockets to have any chance of advancing past the Thunder. I believe Parsons will have a good series but it won’t be enough. OKC in six. Harden will show the Thunder that they are not a championship quality team without him even though they have enough on the roster to get past him and the Rockets.