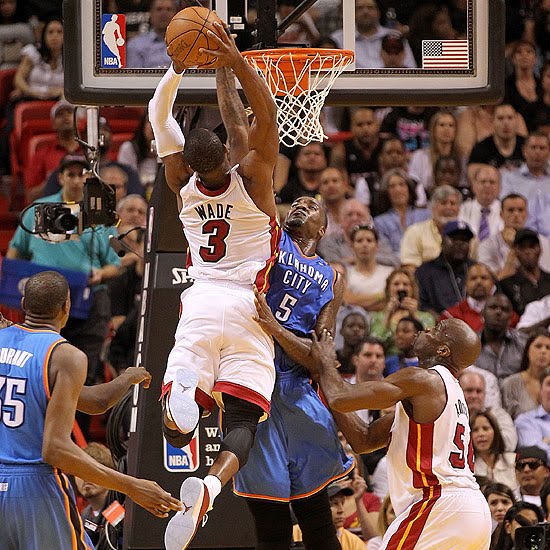 The highly-anticipated NBA postseason tips off this weekend in New York. The storylines coming out of this year’s playoffs are intriguing to say the least. Can the Lakers overcome the injury of Kobe Bryant to beat the Spurs? Will Denver shock the NBA world by getting in the Finals? Will the Knicks lose in the first round? Can the Beard power the Rockets past the Thunder? Or is this just another Miami coronation? All of these questions will be answered over the next month and a half of the thrilling NBA second season.

Carmelo Anthony and the New York Knicks definitely need to advance this year in the postseason if they plan to keep the Big Apple’s roster intact. Boston dealing with extreme tragedy, fear and anger has become a powder keg of emotions during this last week, doesn’t make things any easier for the Knicks. New York ended a 5 year Celtics run as division champions this year and look to win their first playoff series since 2000. The Boston tragedies and Carmelo Anthony will definitely be the focus of this series but the most important person in this series maybe J.R. Smith. If Smith can get the best of Avery Bradley the Knicks could run away with this one.

PREDICTION: Celtics in 7. I trust Doc, KG and the Truth will represent the City of Boston superbly during these trying times. The group from Beantown always seem to find a rallying point heading into the postseason. This year they don’t have to look too hard for any emotional charge. If Boston can just win one of the first two games before heading back to TD Garden, New York will not advance.

The most exciting series of the first round maybe between the Nuggets and Warriors. The Nuggets play at one of the most frantic paces in the NBA. Even though Denver is struggling with a few injuries, they still maybe the deepest team in the playoffs. That bodes well for the Nuggets who may not miss a beat without Faried or Gallinari in this series. Karl’s crew will have their hands full though with Stephen Curry and Klay Thompson. The duo have combine for 483 three 3-pointers this year making them the deadliest duo in league history from behind the arc.

PREDICTION: Klay will have to play above his head for Golden State to have a remote shot of winning this series. Mark Jackson has a punchers chance because of Stephen Curry and two home games guaranteed but it won’t be enough. This one will be fun but the Nuggets will runaway in six.

We know where Brooklyn at! As the Bulls and Nets meet in what may be the most physical playoff series we have in the East during the first round. The Bulls may be without Noah and Rose but are always a tough group to see in the postseason. The Nets are in the playoffs for the first time since 2007 and Brooklyn for the first time since 1956. The Bulls won the season series 3 to 1 but an unhealthy Noah maybe cause for concern with Lopez averaging 22 against Chicago this year. The Barclays will be blacked out tonight and Brooklyn will take center stage.

PREDICTION: No Rose, no Noah, no problem. Chicago will definitely have their hands full with Joe Johnson and  Deron Williams but their playoff experience, coaching philosophy and grit I think will prove to be too much for the Nets. The Nets have been tremendously better under P.J. Carlesimo but draw the short end of the stick when it came to first round opponents. If the Nets we’re playing the Hawks I would see Brooklyn advancing but there not. Chitown in 6.

The most physical play in the playoffs will begin tonight at Staples Center. The Clippers and Grizzlies have played 15 games in the last two seasons, needless to say they know each other well. Zach Randolph is healthy this time round even though Memphis will enter this series minus Rudy Gay after the midseason trade and O.J. Mayo after his departure to Dallas in free agency during last off season. The Clippers have home court advantage and a relatively healthy Chauncey Billups this year at their disposal.

PREDICTION: The best series of the round. These two teams have a healthy hate for one another that’ll remind all of us of a little old school B-ball. Last year they gave us the best comeback in playoffs history and took us to Game 7 with the road team surviving. It’ll be hard the best that effort this year but if they even come close then we’re in for a treat. Grizzlies in seven.