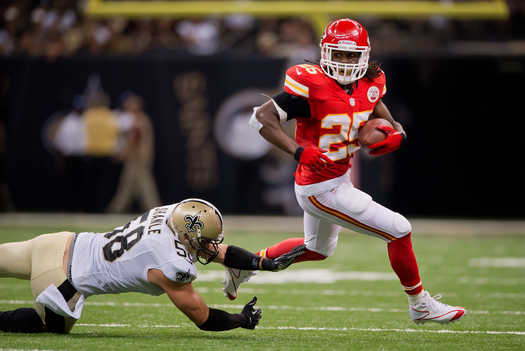 Week 3 brought us a match-up between two teams desperately in search of their first win. The New Orleans Saints played host to the Kansas City Chiefs in the Mercedes-Benz Superdome on Sunday. After losing by at least two touchdowns in their first games of the season, the Chiefs found themselves in the same predicament well into the third quarter against the Saints.

However, Kansas City found a swing of momentum that would propel them to a 27-24 overtime victory. After watching the two teams play for 68:33, I’ve gathered some things worth sharing.

Let’s take a glimpse at five things we’re able to take away from this game.

The Saints ended last season with the 24th ranked defense. However, when your offense is ranked No. 1 overall, poor defensive play can get overlooked. Well the Saints offense hasn’t been as potent to start this season, as they’ve been in years past; bringing more attention to the fact that the defensive problems are just that — a problem.

The Saints defense fell eight spots since last season, from the 24th ranked to the 32nd, which in turn, makes them dead last. Although we’re only three weeks into the season, this is never where you want to see yourself as a team or a coaching staff.

With Jonathan Vilma suspended, then reinstated, then put on the PUP list, the Saints are missing him more than ever. His play surely, but more so his leadership and presence on the field. Defensive captains are put into place to make sure the team stays in sync while on the field, and without Vilma, the Saints look lost at times. More often than any member of the “WhoDat Nation”, would ever care to admit.

If Steve Spagnuolo would like to stay in New Orleans, he needs to change the culture of their defense quickly. I’m sure after these first few weeks he’s asked himself had he gone back to St. Louis. There has to be changes immediately, for the Saints are facing both Aaron Rodgers and Phillip Rivers in the next two weeks.

My pre-season analysis would’ve led me to believe that these are both games that are well within reach of the Saints. With Aaron Rodgers being an elite quarterback, and Phillip Rivers off to the great start that he is, I can’t see the Saints winning either of these without a tremendous change in the culture of their defense.

At this point, the Saints don’t strike fear into anyone, especially not veteran quarterbacks.

I realized this early in the week via a conversation with a colleague. I had the option of starting DeMarco Murray (Cowboys standout running back) or Jamaal Charles. Although I’m a die-hard Cowboys fan, this was an easy decision. Charles it was. And although Murray had a fantasy projection of 20 points; Charles’ projection of 11 points was never a deterrent.

The difference, I knew that Kansas City was looking to give Charles more carries this week, and they were going to do so against a team who couldn’t stop the run. Needless to say, Charles got me over 30 points.

Coach Spagnuolo, the pressure is on! Feel it and make a difference, because this is a bad start that can quickly get worse.