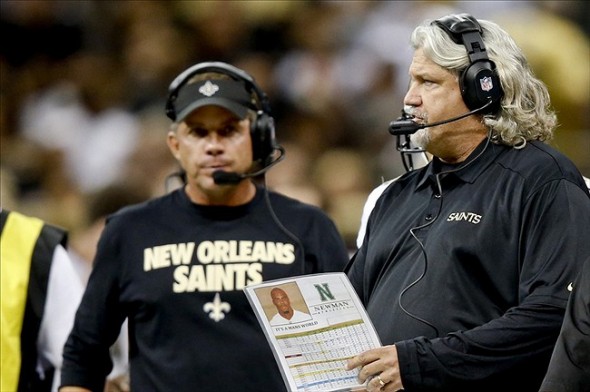 Two things that were made clear in this game are that the Chiefs will be better this year and the Saints defense still has some work to do. New Orleans got their leader back on Friday, in Sean Payton, but still have some the same issues from last year. The starting unit on bout sides looked a step slow even though the Saints offense did go on a ten play 74 yard drive on their second possession that got three points.

Alex Smith was efficient, poised and appeared very comfortable in his new system. Smith’s addition coupled with the amazing speed of Jamal Charles make Kansas City capable of playing with anyone. If the unfortunate happens with Drew Brees for a few games with injuries, Luke McCown is giving Saints fans hope that they have a backup to keep the ship afloat til Brees would return. Luke passed for 216 yds and threw two 2TDs.

This matchup at Lincoln Financial Field was explosive to start to say the least. The first three possessions resulted in all touchdowns. Two for New England lead by Brady and one for Philly headed by Vick. Tom Brady guided the Pats on two 80 yard scoring drives looking like their tempo is ready for opening day. Chip Kelly and Mike Vike came away happy with Vick connecting on a 47-yard bomb for six with dynamo Desean Jackson on the Eagles first drive.

The season started off for Mark Sanchez, Rex Ryan and the Jets much like the last one ended, looking pretty lost. Sanchez threw a pick six to Ziggy Ansah, 5th Overall Pick from the Draft, on the opening drive of the game for New York. Sanchez did bounce back to lead a TD drive but the Jets have some work to do. Rookie QB Geno Smith fell behind in the QB battle leaving the contest with sprained ankle in the third quarter.

Miami’s offense looked much better against Jacksonville than it did in their preseason opener. Ryan Tannehill passed for a TD and didn’t turn the ball over. Matt Moore led a scoring drive in relief of Tannehill. Jaguars are a mess but do have some promising young talent.

Cam looked good, then looked bad and then looked for Gatorade. The young Panther QB did fair better than counterpart Jay Cutler who looks to be a punching bag behind another weak O-line. The Bears defense looked good highlighted by a 51-yard INT for a TD by former Florida Gator Jon Bostic.

The Arizona Cardinals hope that their opening week play in the preseason carries over into the regular play. They looked good in the pass game with both QB’s and got inspired play from the defense all night. Green Bay’s starters did play well. The Pack’s offense did move the ball on the Cards in Aaron Rodgers only action but were stopped on a 4th and 2 at the Arizona 11.

The Houston Texans looked like they’re still the class of the AFC South after their preseason opener. Houston racked up 439 total yards getting great play from their backup singal callers and seem to have struck running back gold again with Notre Dame alum Cierre Wood. The Vikings are an Adrian Peterson injury away from being the worst team in the NFC. Matt Cassel’s play and Cordelle Patterson’s flashes of promise did give the Minnesota fans something to entertain them.

The Cowboys are thinking Super Bowl but they may want to just think about finishing drives for now. The two possessions that the starters played for Dallas’ offense resulted in minus yardage on the first and a missed FG on the second, after a nine play 75 yard series. The Cowboys defense continues to look steady as the held the Raiders’ first unit to FG in two possessions.