‘Straight Outta Compton’ is still the No.1 Movie in Theaters after 3 Weeks!! 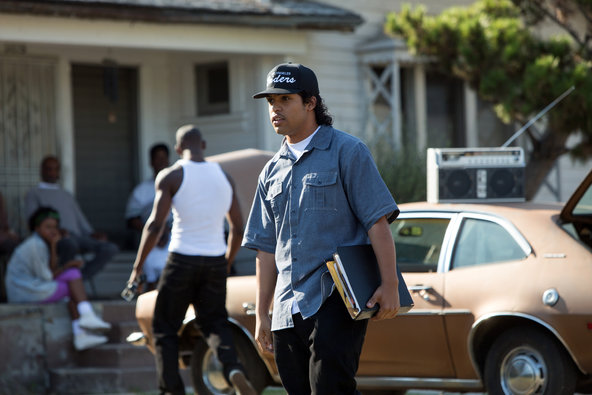 LOS ANGELES – With the return to school preoccupying a major chunk of the movie-going audience, and Hollywood holding back significant new releases as a result, theaters in North America were relatively uninhabited over the weekend.

“Straight Outta Compton” (Universal) was again the No. 1 draw, taking in about $13.2 million, for a three-week total of $134.1 million, according to Rentrak, which compiles ticketing data. Second place went to “War Room” (Sony), a PG-rated newcomer with a religious theme; costing $3.5 million to make, the movie sold $11 million in tickets, more than double what box office analysts had expected based on pre-release surveys.

“War Room” stood out “amid a sea of R-rated fare,” Paul Dergarabedian, Rentrak’s senior analyst, said in an email on Sunday.

Among other new wide-release movies, “No Escape,” acquired for release by the Weinstein Company for $5 million, took in $8.3 million, for a total since arriving on Wednesday of $10.3 million. Dead on arrival was “We Are Your Friends” (Warner Bros.), an R-rated drama starring Zac Efron. The lightly marketed film collected $1.8 million. Warner paid about $2 million for distribution rights after Universal passed it over.