Super Bowl 2013: Beyoncé sucks all the power out the Superdome at halftime /// YIKES (Video Inside) 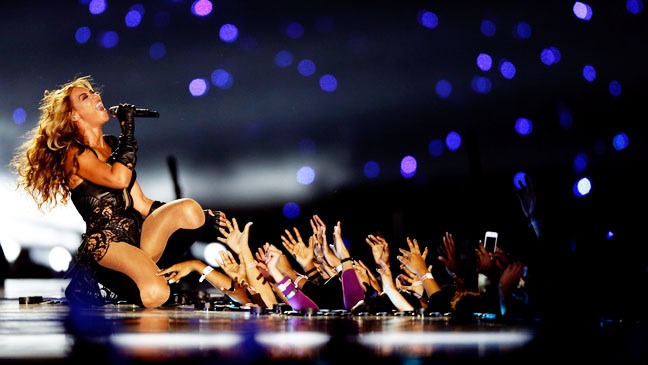 The rumors turned out to be true. Beyoncé did, indeed, reunite Destiny’s Child during the 2013 Super Bowl Halftime Show in New Orleans on Sunday.

It all looked so easy for Beyoncé, despite the fact that she was pretty much in constant motion throughout the show, dancing and singing with passion and style in front of a packed Superdome crowd and a TV audience of megamillions.

And, yes, she was definitely singing — live. There will be no lip-syncing controversy after this Super Bowl performance, unlike Beyonce’s appearance at the presidential inauguration.

She opened the show with an abbreviated version of her great 2003 single “Crazy in Love,” moving quickly into a satisfying snippet of “End of Time” (from her fourth studio album, 2011’s “4”). Then Michelle Williams and Kelly Rowland appeared in a flash and the Destiny’s Child reunion was on.

The trio reached into its back catalog for the smash “Independent Women Part I” and then veered into Beyoncé’s solo songbook for the hit “Single Ladies (Put a Ring on It).” Then the brief reunion was over, as Beyoncé closed the show with her own power ballad “Halo” (from 2008’s “I Am … Sasha Fierce”).

The only thing that could have made this performance better was a hot 16 from her husband Jay-Z.