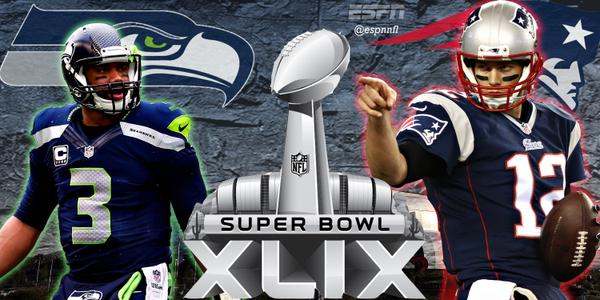 New England Patriots (AFC) and Seattle Seahawks (NFC face off tonight in the 49th Suoerbowl of NFl history. It’s the eighth appearance for the Patriots (3-4) and third for Seattle (1-1). Seattle will be the home team and wear blue. New England will wear white.

The game will take place at University of Phoenix Stadium, Glendale, Arizona with approximately 71,228 in attendance.

my prediction is we will see a closer game than last year, where Seattle destroyed the Denver Broncos. In the end though I believe the Seahawks will be repeating as world champs, and Marshawn Lynch or Russell Wilson will be the game MVP.

And a interesting fact many people don’t know about to days game is..