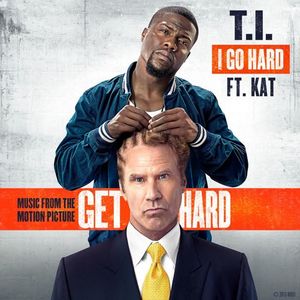 The Kevin Hart and Will Ferrell flick “Get Hard” is looking like a flop coming out of the gate, but it still could perform decently on a weekend that doesn’t have too many other big films opening. Featured in the buddy comedy is a new song from T.I., a guy who most would consider pretty “hard,” and it’s titled “I Go Hard.” Via.HNHH

Previous « Hangover-Free Wine Getting a lot Of Buzz
Next Fabolous: Shook Ones (Freestyle) »