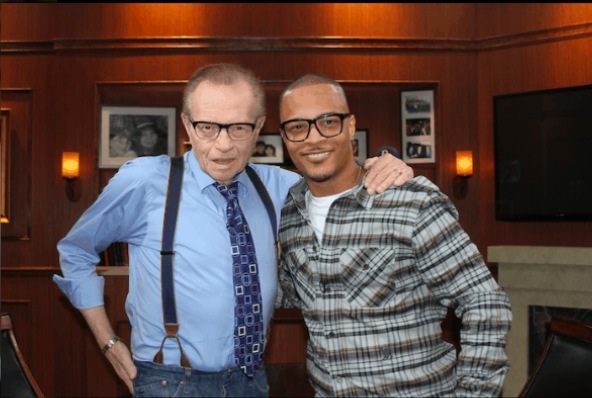 T.I. was recently a guest on “Larry King Now” where he talked about his unique views on gun control. While T.I. sends his thoughts and prayers to all of the victims of the Sandy Hook Elementary School shooting, he doesn’t believe banning firearms is the solution. Tip told King that if guns are banned, you leave law abiding citizens vulnerable because the only people who would have guns would be the ones willing to break the law..

Do you think T.I. should be speaking on gun laws after all he’s gone through with guns? #SpeakOnIt in the comment section below.