Talk of Christmas Sequel for “The Best Man” 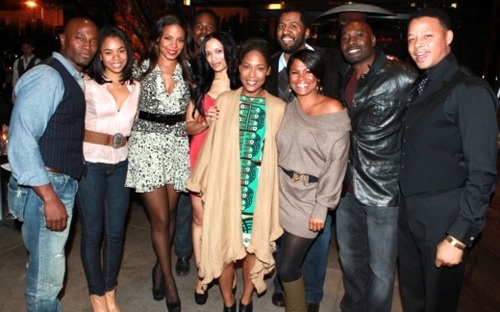 I was ecstatic to read that there is going to be a sequel to “The Best Man” movie, it is definitely a classic. For most of us, ‘The Best Man’ easily falls in the Top 10 movies that features an all-African American cast over the past 15-20 years.  The romantic comedy centers around four college friends (Morris Chestnut, Terrence Howard, Taye Diggs and Harold Perrineau) that are reunited for a wedding, however, a few secrets among the friends almost have a disastrous effect on the wedding.

It’s been 13 years, since the movie’s release, the sequel has been green-lit for production in April.  Finally!   During an interview with Urban Daily, actress Nia Long, who played the fiesty, career-woman “Jordan”, spilled the tea:

Well, I’m getting ready to play Jordan Armstrong again. I start shooting the sequel to “The Best Man” soon. The working title is “The Best Man Christmas” it might change though. We start that in April so I’m excited to relive Jordan. She’s very feisty, very organized, and knows what she wants. She’s all about business. But I think you’re going to see her find her heart in the sequel. That’s her big challenge.

Nia also revealed that her all-time favorite character to play was Nina Mosley in the 1997 film, “Love Jones”:

My all-time favorite is “Love Jones.” I have a special place in my heart for that film. It is visually beautiful and the story is amazing. You saw two black people finding love, being in love, and losing love in a way that was urban with an edge. But the story is so universal.

The most amazing part to me is that they all still look like they haven’t aged 13 years.