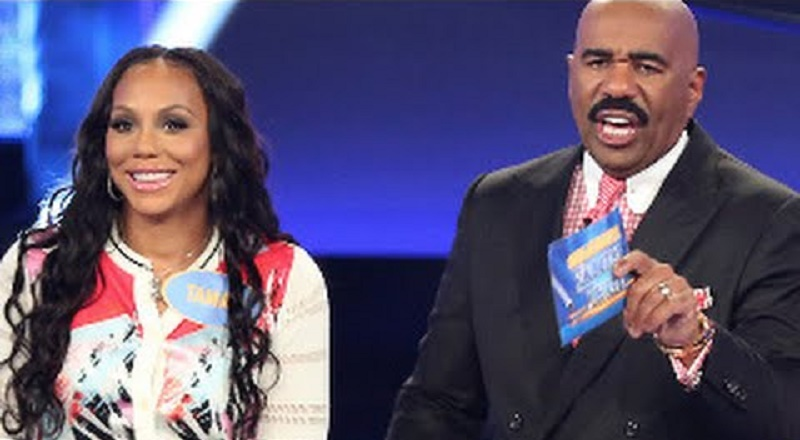 Tamar Braxton just nabbed her own talk show!  Find out the interesting details inside…

“Let go” from “The Real” one week.  Nab your own ish the next week. Bloop!

Tamar Braxton popped in on the “Steve Harvey Morning Show” this AM to reveal the big news.

Steve told his radio listeners that he believes in Tamar, even after the drama with her now former talk show “The Real.”  So much so that he is producing her own talk show through his own production company, as well as with Endemol Shine, who produces “The Steve Harvey Show” talk show.

Steve also stated that while the group situation at “The Real” likely wasn’t best for Tamar, she still was a driving factor behind the show’s ratings and Emmy nominations.  So he’s willing to work with her on a brand new show.

Last week, Tamar alluded to being fired from “The Real,” and made it known she was blindsided by the situation.  She also hinted at possible shadiness from her then co-hosts and she seems to believe they had something to do with the situation.  The “Let It Go” singer even co-signed an internet comment calling her former co-hosts “phony b*tches.”

Co-host Loni Love put out a statement saying she, nor any of the co-hosts, knew anything about Tamar leaving the show.

“The Real” oddly put out a “We wish Tamar the best” statement saying it was a mutual decision for her and the show to part ways.

So, was this fired/not fired drama all just a PR stunt before she gears up for her own show?  Who knows.

Either way, Tamar will be back on your TV’s soon.