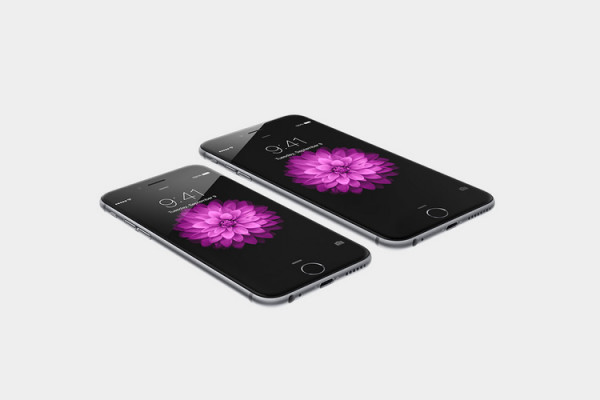 BuzzFeed’s John Paczkowski, who correctly called the date for last year’s event, claims that according to his sources, Apple will again host its Autumn iPhone 6S launch on September 9.

The ‘S’ suffix usually means more speed and the iPhone 6S and phablet counterpart, the iPhone 6 Plus S, will be getting a processor bump. However, sources believe that the updated devices will also feature Apple’s new ‘Force Touch’ technology.

Unveiled in March in the trackpads of its new MacBooks, Force Touch can respond differently to different types to pressure, so the weight of a tap or a swipe could conceivably activate specific features or open specific apps, for examples. It also offers haptic feedback: if you press, it presses back so that you know you’ve made contact, something that could add another level of immersion to mobile gaming, for instance.

The latest ComScore data, published on August 7, shows that in the US, Apple is increasing its share among US smartphone owners and iPhone sales are currently responsible for 44.1% of the market. Samsung is in second place with a 28.1% piece of the pie.

Data from Kantar world panel also published this month shows that in Europe too, Apple is building its share in each of the biggest markets — i.e. the UK, France, Germany, Italy and Spain — and that much of this increased popularity is down to screen size, but that quality is still key when it comes to a premium device purchase.

“The size of the screen was the main purchase driver for Android buyers across all of Europe’s big five countries. Although screen size has grown in importance as a purchase driver since the launch of the iPhone 6 and 6+, iOS buyers are generally driven by a wider list of factors, such as phone reliability and durability, as well as the quality of the materials,” said Dominic Sunnebo, business unit director at Kantar Worldpanel ComTech Europe.

Apple’s growing popularity with those who crave a larger screen is why Samsung has decided to break with its own traditions and launch its next phablet, the Galaxy Note 5, at a special event in August, rather than waiting until the International IFA in September. It wants its device on sale before Apple has a chance to announce its next iPhone.

Alongside the new phones, Apple is also expected to finally unveil its next-generation Apple TV set-top box, which will have a stronger focus on apps and gaming and will come with a completely reimagined remote control.