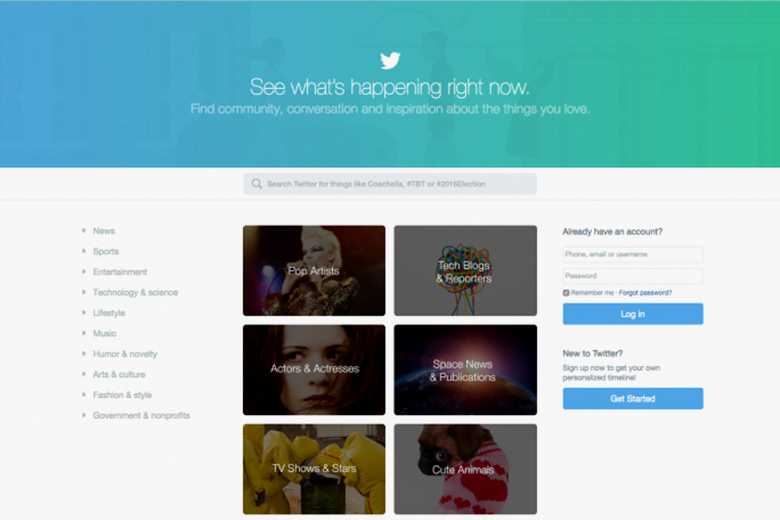 Twitter has overhauled its desktop experience for U.S users. As of today Twitter.com will allow American users to browse topics such as “Politics, Pop Artists and even Cute Animals” as soon as they log on, via a simplistic, image-led interface. The social network’s official blog announced “We’re introducing the new twitter.com on desktop to U.S. users first, and intend to bring it to more places over time. As with everything we build, we’ll be making lots of improvements along the way.”