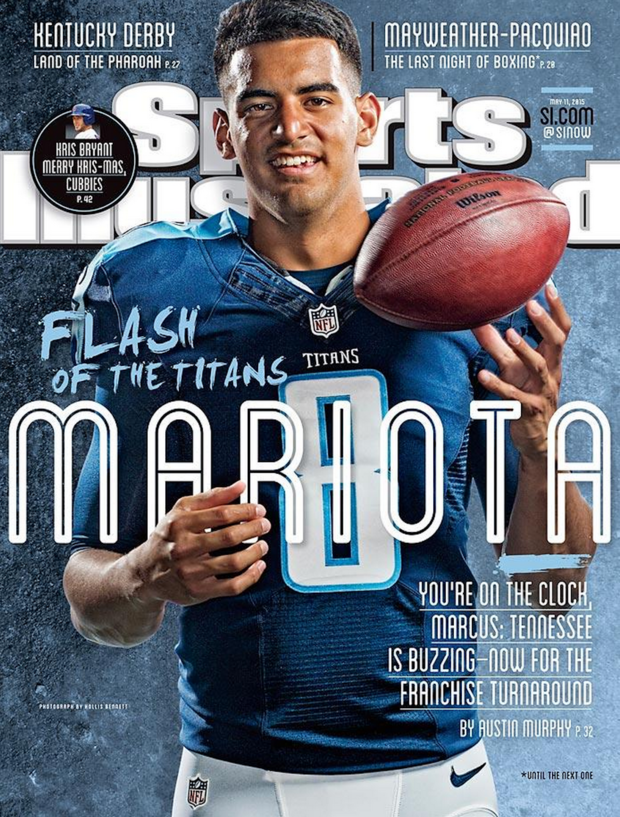 One week before Marcus Mariota reports to Tennessee for his first minicamp as a professional, he’s already earned the cover of Sports Illustrated wearing Titans blue.

Mariota, the former Oregon Duck quarterback and 2014 Heisman Trophy winner, was drafted No. 2 overall in the 2015 NFL draft April 30. He flew to Nashville the next day before returning to Eugene to attend the Ducks’ spring game.

The SI cover is Mariota’s fifth of his career. The story in this week’s edition was written by Austin Murphy, who spent time with Mariota in Hawaii, where the QB watched the draft among friends and family, and Eugene, where Mariota attended the spring game Saturday.