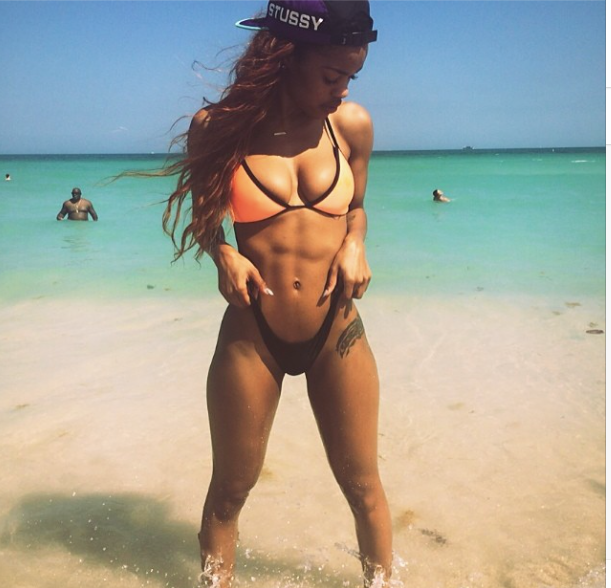 Teyana Taylor and Rihanna had a pretty nasty Twitter beef back in September. Rihanna sparked beef with the G.O.O.D. singer when she had a male stylist dress up as Teyana mimicking a video she posted on Instagram. Teyana responded with shade toward Rih saying “Ya net worth & ya body count go neck to neck.” Rih fired back by making her Twitter banner a side-by-side of both of the ladies’ net worth. Teyana later posted a picture of Rihanna’s face following the psychical assault at the hands of Chris Brown. As a result of that tweet, Teyana was dropped from Adidas. Following all that shade, things fizzled out.

Now, months after the Twitter issue, Teyana took to her account to actually praise Rihanna. The Harlem singer posted a picture of the Bajan beauty’s latest Vogue Brasil cover with a message praising Rihanna.