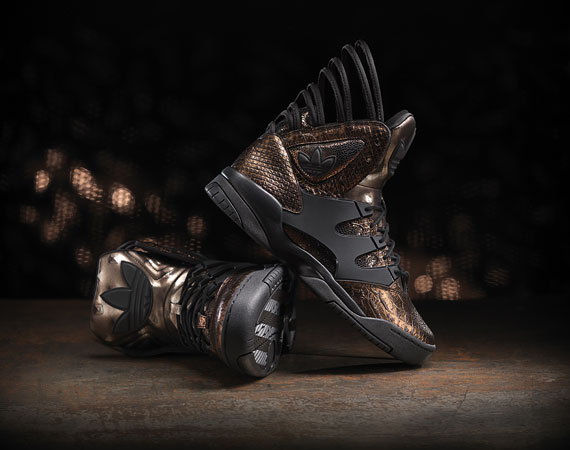 The Harlem-born singer has parlayed her love for retro basketball kicks to a collaboration with adidas Originals, resulting in the Harlem GLC. Constructed with a distinctly fashion forward design highlighted by a metallic sheen, the high-top also gives a nod to the past, featuring an EQT midfoot strap reminiscent of the ’90s-era adidas Equipment series. A crown of rubber-wrapped wire in black satin extends from the heel, symbolizing Taylor’s “Harlem queen” persona, while the shoe effectively marks the return of the sneaker girl. The Harlem GLC is scheduled to launch in stores and online starting February 15th, 2013. Taylor herself will appear at an in-store even that day at the adidas Originals store in Houston, Texas, during the NBA All-Star weekend. SOURCE:FRESHNESSMAG