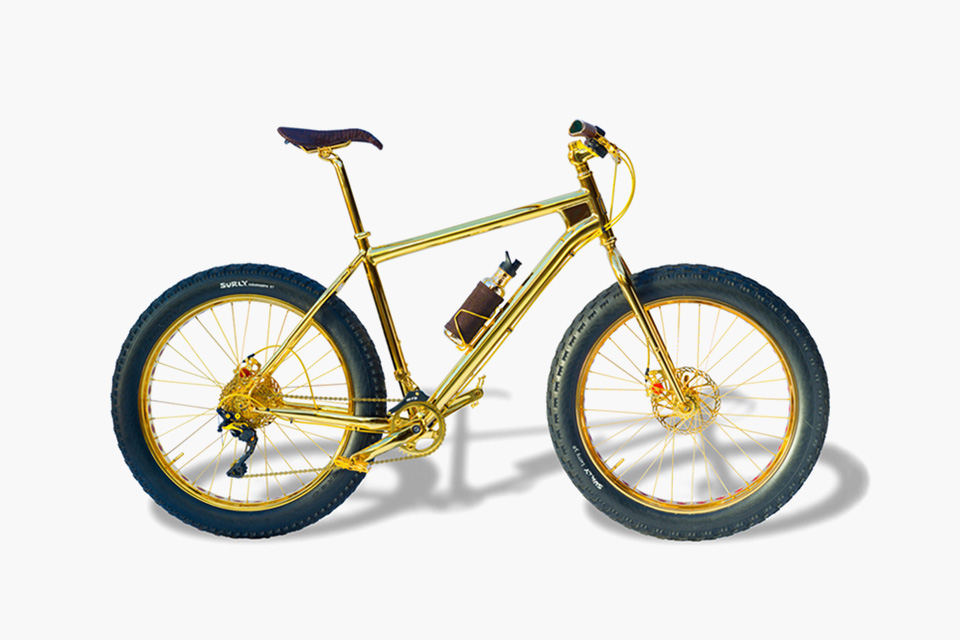 Chronic bling-addicts The House Of Solid Gold have just announced a new way for the world’s wealthy to express their love of their favorite precious metal: a mountain bike coated almost entirely in 24K of the stuff. But this is no millionaire’s plaything; the high-spec bike has been designed with the help of pro mountain biker Dan Bull – founder of the ultra-hardcore Iditabike race across Alaska and creator of the first ever “fat bike” design. This decadent re-imagination features the same wide gear set, hydraulic disc brakes and monster tires that allow it to ride on any surface, from sand to snow, only now you can do that while sitting on a real alligator saddle, drinking from a stingray-covered water bottle, and admiring the 600 black diamonds and 500 sapphires set into the HOSG logo at the front.

And if that’s not worth one million dollars, we’re not sure what is. Bizarrely, over 90% of the proceeds from each bike sale will go to a charity whose chief mission is to “promote happiness through the publication and distribution of the booklet The Way to Happiness – a common sense guide to better living.” We imagine page one might say something about blowing a million bucks on a gold bike… VIA HIGHSNOB