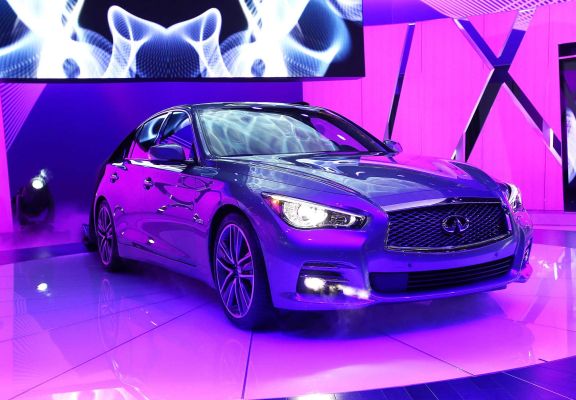 “The 2014 Q50 will be available as a 3.7-liter V-6 engine car and as a hybrid-electric, 3.5-liter engine model, Infiniti said today at theNorth American International Auto Show in Detroit. Along with a more “sculpted” exterior the car has automatic systems to aid steering for better handling and also prevent lane swerving, Infiniti said.