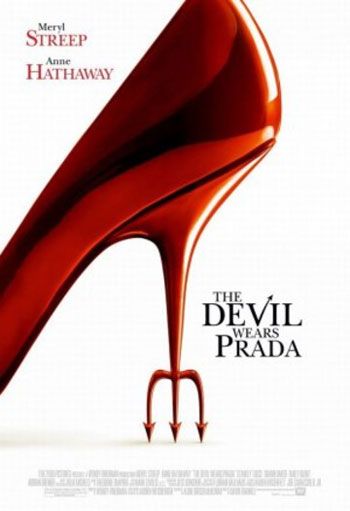 Yes fashionistas, dreams really do come true.  A sequel to The Devil Wears Prada is due to be released from author Lauren Weisberger and Simon & Schuster in April 2013 and will be entitled Revenge Wears Prada: The Devil Returns. According toEntertainment Weekly:

Revenge Wears Prada picks up eight years after Andy parted ways with Miranda on bad terms. Andy is now editing The Plunge, the hottest bridal magazine around, alongside Emily, her one-time Runway nemesis turned current BFF. While Andy is planning her own wedding to Max, a handsome media scion, she remains haunted by her impeccably heeled former boss — and the magazine world being as small as it is, it’s only a matter of time before she hears the dreaded syllables “Ahn-dre-ah!” again.Via.TheLifeFiles