The Fabric Of Culture: Born Sinner 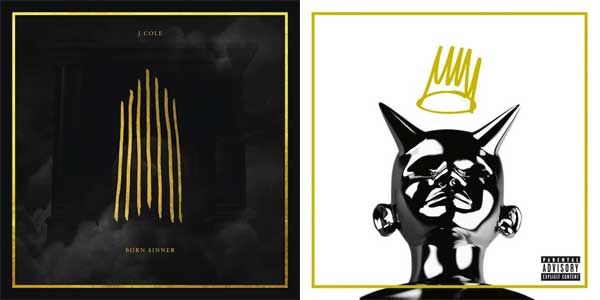 Written By: Jes, The Nomadic

Born Sinner, originally slated for release on June 25th, was rescheduled for an early release of June18th in effort to, as J.Cole stated in his Power 105.1 interview, “have his work of art be apart of the conversation and hype of Kanye West’s Yeezus.” Whether a marketing ploy or just purely J.Coles genius, it was an excellent strategy because though the albums are incomparable, in the world of hip-hop June 18th will forever be reserved for Born Sinner and Yeezus.

Following his debut album, Cole World: Sideline Story, EPs Truly Yours & Truly Yours II served as strong indicators that J.Coles Born Sinner would elude the curse of the sophomore slump. While Yeezus seems to be overflowing with rants and devoid of soul, Born Sinner is the complete opposite with its soulful live chorus, and autobiographical sketches and analogies that ride the samples of some of the most poignant songs in hip-hop such as Outkast’s “Da Art of Story Tellin (Pt.1)” and Notorious B.I.G.s “Juicy,” which all make for a good album start to finish.

Born Sinner is perhaps the most dark body of work we’ve heard from Cole, and the weaving of heavy content such monogamy, misogyny, homophobia, and financially staying afloat in the rap game is forthcoming of J.Coles growth between the debut Born Sinner and Cole World: Sideline Story, and no doubt solidifies his placement in hip-hop as “the chosen one.” Born Sinner’s grandiose production captivates the listener especially on tracks such as “Chaining Day,” “Let Nas Down,” and the popularized “Power Trip.” Being signed under powerhouse boss Jay-Z, one would imagine that J.Cole still has a long ways to go and it seems he is still in the humble beginnings of his career, however, all and all Born Sinner is a classic. J.Cole is a great story teller, and definitely a contender of being one of the best lyricists of this hip-hop generation which has been proven over and over again ever since his introduction on The Come Up in 2007.