The Fabric Of Culture //// Kid Cudi: Satellite Flight: The Journey to Mother Moon 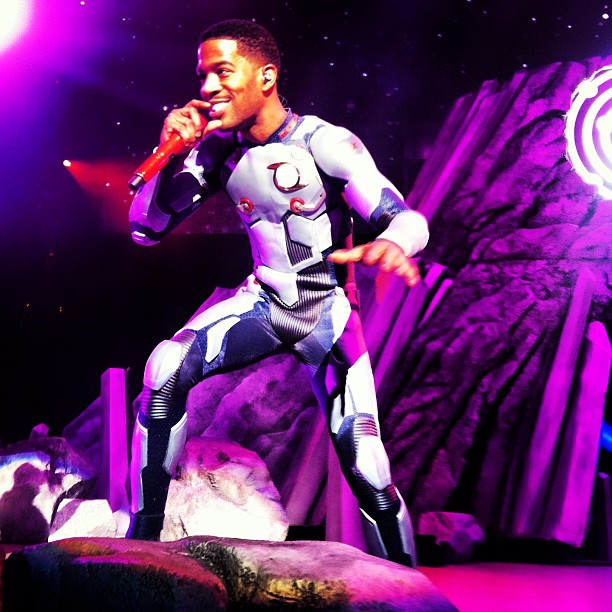 Opting to not market nor promote his 5th studio album, Kid Cudi has successfully pulled off the surprise project release in similar fashion as his contemporaries inclusive of Jay-Z, Beyonce, and Kanye West. Originally slated to be an EP Cudi decided to release the album as a full-length studio album. Cudi’s 5th album marks his second album since his affiliation with super label G.O.O.D MUSIC, falls into place with his fantastical voyages he takes his listeners on without fail. The album, which serves as a liaison between INDICUD and Man on the Moon III, boosts neither guest producers nor features, outside of Ralphael Saadiq on the hyper-sensual Balmain Jeans, one of the albums leading tracks. While the album seems to dip with the nearly excessive instrumentals, other notable tracks include Going to the Ceremony which was released in 2nd quarter 2013, as well as “Too Bad I Have To Destroy You,” and closes with the very Kid Cudi-eque track “Troubled Boy.” Continually defying the box of hip-hop fusing hip-hop, punk, and rock, Satellite Flight: Journey To Mother Moon doesn’t disappoint and is a great placement holder for fans and the like who are awaiting the 3rd installment of the Man on the Moon Series, but who can enjoy the ride of Satellite Flight: Journey To Mother Moon along the way.