The Grapevine: Cancel Shawty Lo Show Before It Even Hit The Air! 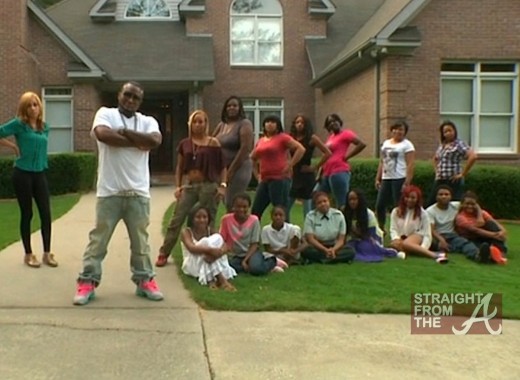 Ever since the television network Oxygen announced that they were getting ready to air a new show about Atlanta rapper Shawty Lo and his 10 baby mamas and 11 children, there has been an uproar in the black community. So much so that a petition has been started.  (See Below)

I, for one, would actually watch the first episode to see what they have decided to put on television but I doubt I would watch an entire season of coonery.

“Cancel Shawty-Low show aka “My Babies’ Mommas” and all programming which demeans black children, women and stereotypes black men!

Oxygen Television Network is prepared to broadcast a one hour special celebrating the dysfunction of rapper Shawty Lo…aka the insulting title “My Babies’ Mommas” witnessed by his 11 children…by 10 different women…(some may have been underage) as they….argue, beg, fight for emotional, financial support and sexual reward.

What is the difference between this ministrel show and the others which clog the airwaves without proper balance of the beauty and positive aspects of our community??

The children are front and center..or used as bargaining chips! The children painfully witness their parents’ behavior. And it is their children…OUR children who will hold all of us accountable by allowing them to be exploited internationally in this manner….for not standing up for them and for our people!

What You Can Do?

Join RapRehab.com, BlackMenInAmerica.com, The Mo’Kelly Report/The Mo’Kelly Show, MyBrownBaby.com, Ulysses “Butch” Slaughter of The Odyssey Project and other influential individuals like YOU…by signing this petition and forward to your friends, family and colleagues. And make sure that everyone in your household stands up! Contact has already been made with the network…and with your voice…this ugliness will not see international airwaves.

If our DEMANDS to cancel the airing of this POISON are not met…an international boycott will be launched against their ADVERTISERS.