The Grapevine: Chad Ocho Cinco And Evelyn Ties The Knot! 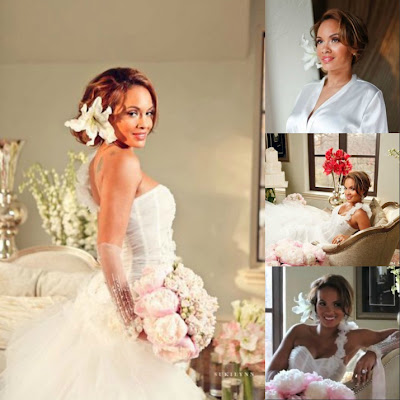 Chad and Evelyn ties the knot!

Chad OchoCinco and Evelyn Lozada spent their 4th of July getting married! The two wed in St. Martin, not Miami, as initially reported by People.com. With Football season coming up, the newly weds aren’t heading out for a romantic honeymoon, “Football season is the honeymoon,” Chad tweeted.

The wedding was filmed and will be in the upcoming show ‘Ev and Ocho’, which will air on VH1, beginning in September.

Chad Ochocinco invited Cheryl Minton, a grieving widow from Franklin, Ohio, to his wedding. He later tweeted a photo of them at the reception. (I’m lost as to why this was a significant part of the wedding)

Chad changed his profile picture on twitter to he an Evelyn’s wedding rings.