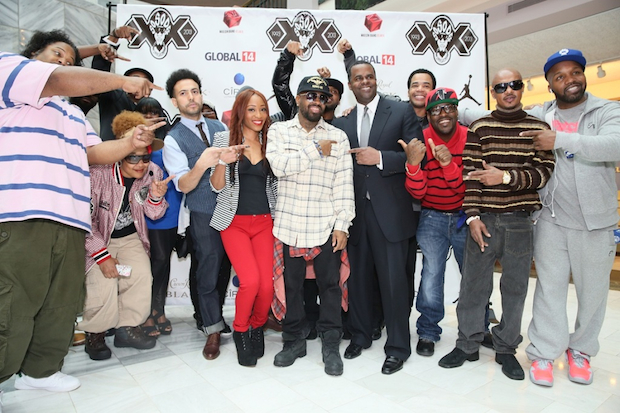 Jermaine Dupri began the record label SoSo Def in Atlanta back in 1993 and to celebrate its 20 year anniversary there will be a concert held on February 23 at the Fox Theater in Atlanta. Jermaine Dupri brought us so much talent throughout the years like Da Brat, Lil Bow Wow, and Xscape just to name a few so I’m sure the concert will be amazing.

The rap group Kris Kross, known for the hit song “Jump” and wearing their clothes backwards, was signed to SoSo Def and will be reuniting on stage after 20 years.  I’m sure that will be a site to see.

A reunion that we won’t get to see, however is an Xscape one. Kandi Burruss and Tameka “Tiny” Harris didn’t go to the press conference and will not be attending the concert in February. This saddens my little heart because an Xscape reunion would just be beautiful. I guess we have to hold on to memories we have of them till we die. *deep sigh*  good thing there’s YouTube.