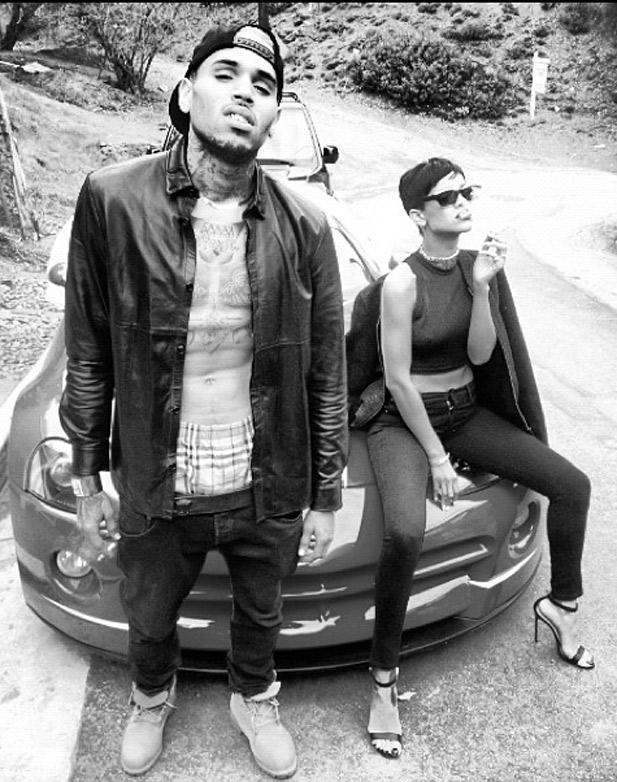 I’m gonna call this the “Chriannueche” relationship. C’Mon son! Chris Brown is shmangin (smash and banging) Rihanna and Karrueche and nobody is acknowledging how not one party in this love triangle really just doesn’t care how crazy they look.

I’m not one to hate but let’s just look at how Chris has really been Stevie J’n his relationship life ever since he has been allowed around Rihanna: It all began when Chris did the collab with Rih on her “Cake” single. The two progressively started to hang out more and more until he finally had to break it off with his girlfriend Karrueche because she was not too fond of their “friendship”. I don’t blame her, clearly they still have feelings for each other.

Now fast forward to the past month and half: Early December Chris Brown, Karrueche, and Rihanna were all in Paris at the same damn time. One day he was with Karrueche and the next he’s with Rihanna. What really takes the cake are the pictures that Rihanna constantly posts on her Instagram of the moments she spends with Chris. It’s crazy! I think it’s safe to start calling these two “Chrianna” again. It was just Christmas we saw Chrianna at the Lakers game looking fab. Now just days ago Chris went to Long Beach with Karrueche to show his new clothing line “Black Pyramid” at the Agenda Trade show. Apparently Karrueche and Chris are business partners but I bet my bottom dollar he hit that. Karrueche is smart if you ask me though. I wouldn’t let another b**ch get in the way of my money.

At the end of the day Chris is wrong for going back and forth, but hey if they like it I love it!