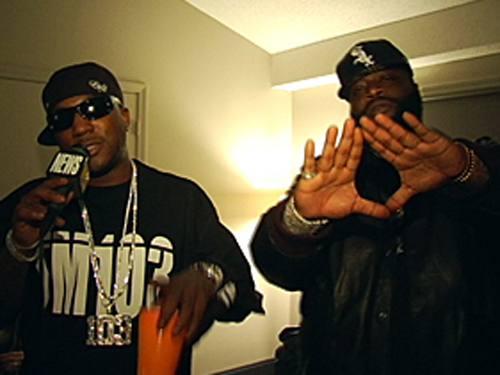 B.E.T. filmed the “B.E.T. Hip Hop Awards” in Atlanta at the Atlanta Civic Center. Behind the scenes it is being reported that Rick Ross and Jeezy came face-to-face.

After DJ Drama’s long explanation of what went down between Jeezy and Rick Ross, Im still wondering who won? I didn’t even know these two were beefed out. Check the video and tell me what you think?