The Grapevine: Rihanna Bares It All In Barbados To Oprah 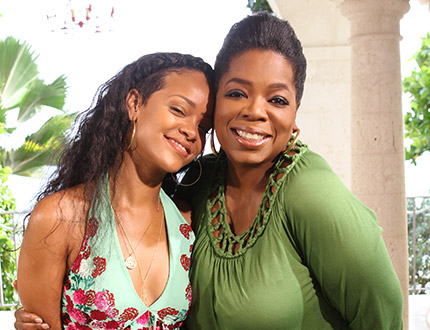 Sunday, August 19th, Oprah’s interview with Rihanna will air on OWN.

In the interview, Rihanna reflects back on 2009 to talk about the very public domestic abuse she faced with boyfriend at the time, Chris Brown. Rihanna (in tears) reveals that she lost her “best friend” after the dispute, she shines a different light on Brown than the media has portrayed.

When Oprah asked Rih Rih if she misses Chris…

Rihanna responded by saying that “she miss[es] him sometimes” and that she ultimately “want[s] a man that loves [her], cherishes [her]” and “knows [her] value.” She adds that “they can only know my worth if I know my worth.”

Brown’s reaction, according to HollywoodLife that a source close to him expressed, “Watching [the interview] made him realize he made a big mistake and he’s been paying for it ever since. He’s working hard, in the studio, dancing, doing everything he can to rebuild his name and career and I think he been successful in doing all that. Y’all should be talking about his road to recovery and how he’s been a man and made sh-t right. He and Ri are cool, more cool than anyone will know. She forgave [Brown] the minute that sh-t went down, so what that say about their relationship?”

Check out a clip: