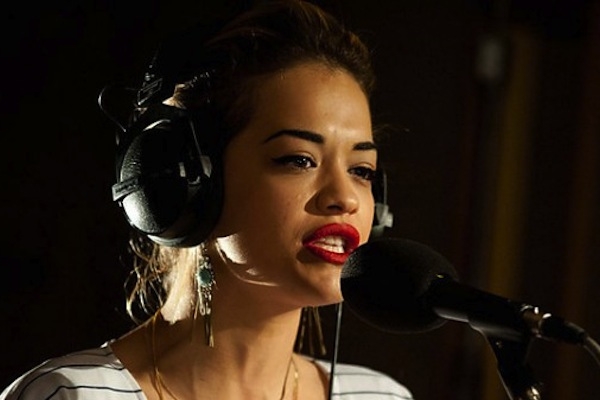 In other Rita Ora news; who knew her and Rob Kardashian was dating? Not me! Apparently Rob and Rita are serious because he is in London supporting her as she promotes ORA, and they got each others name tattoed on their knuckles!

Later on Rob Tweeted “Shit got crazy tonight… What can I say… #tatmynameonya” Soon after Rita tweeted “It’s Not Real LOL” saying the tatts were just temporary.

I think they make a cute couple!