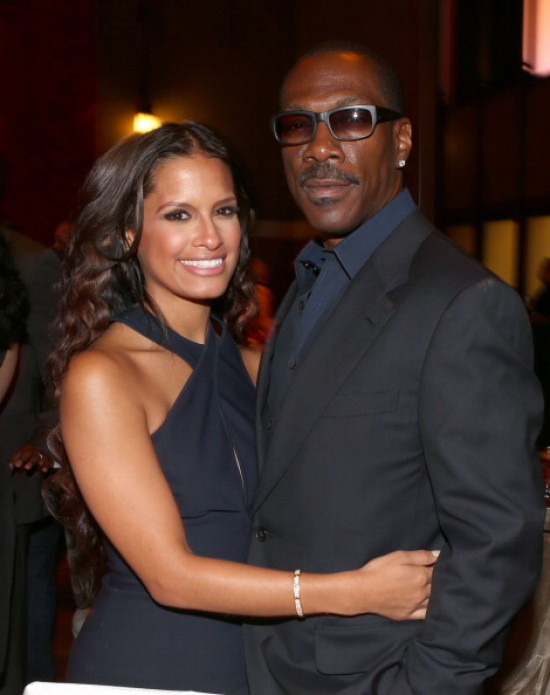 YES, it is true Rocsi Diaz(28) from 106&Park and Eddie Murphy(51) are an item. I shall call them “Mursi” lol. Eddie Murphy and Rocsi cleared up all speculations when they showed up as a couple at a pre-BET Awards celebration. The two were first spotted about a month ago in Los Angeles leaving a coffee shop. That’s when the questions about their relationship began.

Murphy has eight children from previous relationships: five kids with ex-wife Nicole Mitchell, one son with Tamara Hood, one son with Paulette McNeely and one daughter with former Spice Girl Melanie Brown.

According to Us Weekly, Murphy and Diaz, who are 23 years apart in age, initially began dating last November, but things didn’t start getting very serious until February.