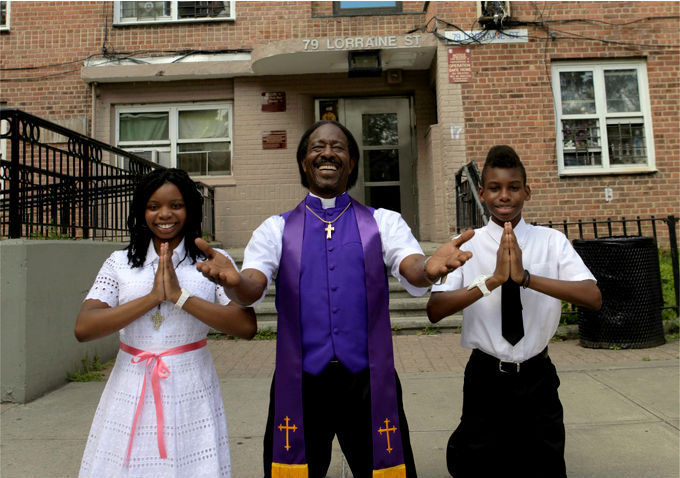 I was elated when I was invited to preview this new Spike Lee film during the NABJ conference here in New Orleans.

Red Hook Summer, the fifth installment of Spike Lee’s Chronicles of Brooklyn film series that include; She’s Gotta Have It, Do The Right Thing, Crooklyn and Clockers. Spike wants the world to know that Red Hook Summer is “not a mother f**king sequel”.

Spike Lee decided to use a 13 year old by the name of Flik Royale (Jules Brown) to tell this story. Flik was uprooted from his middle-class Atlanta lifestyle and sent to the Red Hook projects of Brooklyn to spend the summer with his very pious grandfather Bishop Enoch Rouse played by Clarke Peters.

Spike Lee stayed true to expressing the raw and real social, political, and economic issues that confront African-American communities in Brooklyn and around the country.

“I don’t think there’s one specific audience for this. I think this film could work on the levels She Gotta Have It worked. It appealed to black audiences and played art houses too”, Spike told The Daily Beast in January.

Spike wanted to ignore the Hollywood gatekeepers to tell the true self-discovery story of a young black teenager. Spike has been very vocal in his criticism 0f the studio system’s lack of interest in telling authentic African-American stories, so he avoided the system altogether and financed the project himself. Using his New York University film students as part of the crew, Spike and his co-writer/co-producer James McBride completed the project in just 19 days of shooting with a budget under $1 million. The film will be independently distributed for theatrical release by Spike’s 40 Acres and a Mule Filmworks in partnership with Variance Films.

For more info about Red Hook Summer go to: www.redhooksummer.com