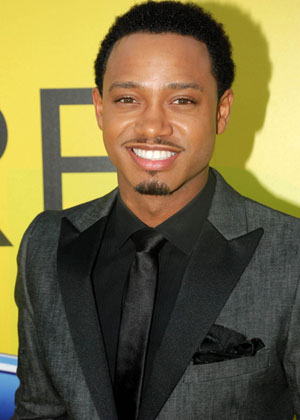 Terrance J, The 106 & Park host, recently announced he would be leaving BET’s daily countdown show after seven years, will be replacing Ryan Seacrest as the new co-host of E! News.Terrance J, who will now be known by his full government name, Terrence Jenkins, will start his new gig alongside Giuliana Rancic November 12.

“Having Giuliana and Terrence for the weeknight program, and Jason and Catt for weekends, gives us a quartet of skilled, popular broadcast journalists and will give viewers a fun, fresh look at pop culture news,” said E! President of Network Strategy and E! News Cyndi McClellan in a statement.

Jenkins got his start on 106 & Park in 2005, after using his life savings to make the trek to Atlanta for the audition. “The first day I cracked the mic on 106, I was staying on a cot in a basement,” he told the show’s audience on the day he and co-host Rocsi Diaz announced their departure.

The very handsome and charming host has also made strides in his acting career this year, with prominent roles in Think Like a Man and Sparkle.

I am a huge fan of Terrance J and E! News, so this is a double win for me! #WHOO

Previous « This How You Park A Lamborghini..In Ya Living Room!
Next Michael Strahan Officially Kelly Ripa’s New Co-Host »