The Grapevine: Toya Wright Being Sued For $1 Millon By Publishing Company 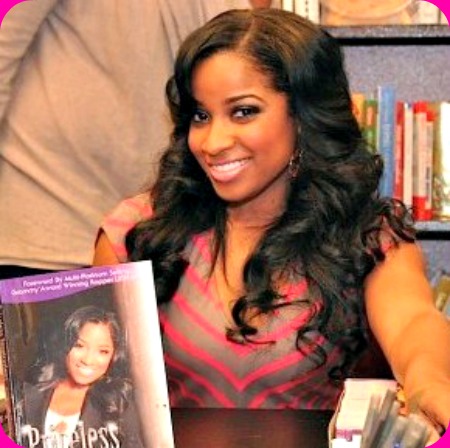 Toya Wright being sued for $1 million by publishing company

Toya Wright, BET reality star and author of the New York Times best seller, ‘Priceless Inspirations’, is now being sued for $1 million by ‘Farrah Gray Publishing’. Toya has been plugging and promoting this book for the past two years, but apparently  it was being done incorrectly.  According to the lawsuit, Toya failed to promote the book according to the contract and she “purposefully and maliciously” went behind the company’s back to sell her book through “unauthorized venues” which has caused a huge loss in profits. Farrah Gray, owner of the company, has terminated the agreement but says that since Toya didn’t negotiate the termination clause in the contract, he owns the rights to the book. He also wants Toya to pay his legal and court fees in the suit.

After news of the pending lawsuit got out, Toya took to her Twitter to voice her opinion and claim that Farrah Gray is the one that owes her money:

Im so sorry tweethearts….but I refuse to let anyone lie on me. I did all i can do to sell my book and promote it. so all of this is BS!

Toya’s rep also came to her defense in a press release which states that Toya did absolutely nothing wrong:

“Mrs. Wright consistently went above and beyond her  contractual obligations which included: Self- funding a college tour promoting Priceless Inspirations, Cross promotion of her Ampro endorsement by placing the book cover on Ampro products nationwide and allowing Farrah Gray Publishing the platform to promote her book on her highly successful reality show on Black Entertainment Television.”