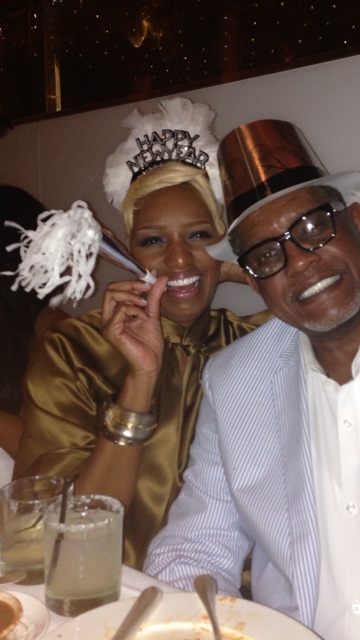 Yes, it is true, Gregg Leakes proposed to NeNe on NYE and she said yes! I am so excited for these two. You could just tell that they were still in love with each other from watching the new season of the Real Housewives of Atlanta.

2012 was a great year for NeNe between being casted on Donald Trump’s Celebrity Apprentice to landing on a role on multiple television shows like Glee. Needless to say NeNe has become “Very Rich Bitch”. Besides all of her highs in 2012 one major low was her breakup with husband Gregg Leakes that lead to divorce. NeNe struggled with signing the papers, but she eventually did.

In the New Season of Real Housewives of Atlanta, you can see that Gregg was still around. Well, that’s because the two lovers who had been married for over 17 years decided they wanted to give love a second chance and try to rebuild their relationship by first rebuilding their friendship. I am so in love with these two!