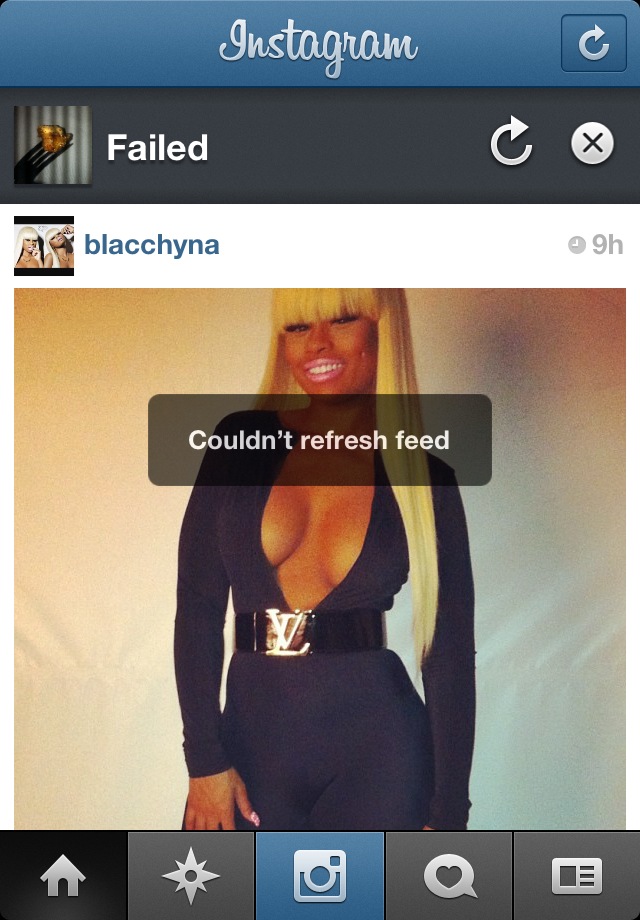 Last night, as I was trying to show off my daring attempt to eat alligator at my friends birthday dinner, my picture wouldn’t load up and my screen was stuck on a sexy picture of “Blac Chyna” lol. This morning when I woke up, same thing!

Apparently not only was Instagram dead: Pinterest and Netflix were down too, and had been for several hours. The reason for the downtime was a power outage in Virginia, which had taken out Amazon’s “Elastic Compute Cloud”; a hosting service that Amazon offers to thousands of other companies allowing them to buy spare computing resource on the humungous Amazon network.

Unfortunately, these sites are then collectively vulnerable to outage if a large enough event hits Amazon’s servers: in this case severe thunder and lightning along with high winds – so they all went out.

Amazon reported at around 3:50am that the problems had been fixed and that services on all affected websites should be coming back online shortly. At time of writing Pinterest is back up and Netflix appears to be business as usual, but Instagram still isn’t working!

I don’t know how much longer I can live like this!